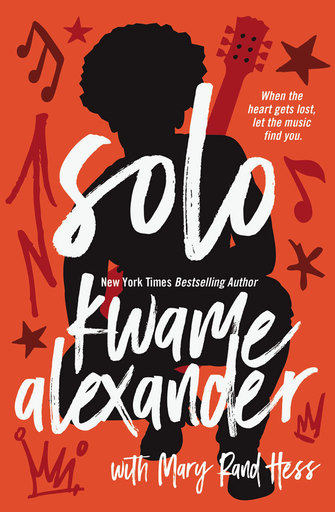 Blade never asked for a life of the rich and famous. In fact, he’d give anything not to be the son of Rutherford Morrison, a washed-up rock star and drug addict with delusions of a comeback. Or to no longer be part of a family known most for lost potential, failure, and tragedy, including the loss of his mother. The one true light is his girlfriend, Chapel, but her parents have forbidden their relationship, assuming Blade will become just like his father.

In reality, the only thing Blade and Rutherford have in common is the music that lives inside them. And songwriting is all Blade has left after Rutherford, while drunk, crashes his high school graduation speech and effectively rips Chapel away forever. But when a long-held family secret comes to light, the music disappears. In its place is a letter, one that could bring Blade the freedom and love he’s been searching for, or leave him feeling even more adrift.

“A rhythmic, impassioned ode to family, identity, and the history of rock and roll.” —Booklist, starred review

“Many readers will identify with Blade’s struggle to find his place in a family where he feels like an outsider.” —Publishers Weekly

“The authentic character development and tone will strike a chord with young adults.” —School Library Journal